As-salamu alaykum, 1 cent, and some rum

I've spent most of my day cooking.  I mentioned it earlier.  This is a two post day.  I just realized that there is something that is uncommon elsewhere, but pretty normal in Brooklyn.

I walked out of my apartment after speaking with my twin, John, to buy some rum.  You see, we have a rum that we both really enjoy.  We like it with just about anything.  He mentioned wanting a drink.  I am not sure if I am going out, but thought one would be nice too.  I walked around the corner to the liquor store to get my bottle of Bacardi Limon. 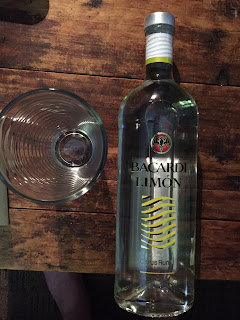 The liquor store is an interesting experience.  You basically walk into a plexiglass box surrounded by bottles of liquor.  There is either a two way  window or another shoot window (they hand it out, slide left and you pick it up in an opening about a foot away).  Most of the liquor stores in the neighborhood only take cash.  A lovely asian lady helped me tonight in buying this rum.  She also had me taste some peach and some apple cinnamon moonshine and tried to get me to buy it.  I preferred the apple cinnamon, but one bottle of liquor will last me at least a month even with friends sharing.

Have you heard the phrase "pre-gaming?"  It's something we used to do in college before we'd go out.  We knew it was cheaper to drink in our rooms before going downtown.  In Brooklyn, it's almost a financial necessity.  The drinks can easily be $15/drink.  If you are going out with friends, it's best to have a few drinks before you go (you aren't driving here anyway with the subways and cabs).  Then you can have one drink or a bottle of water ($5 for that too) and at least have fun.  I've also seen my friends sneak mini bottles (like you get on an airplane) into a bar.  They search your bags, though, so you have to be creative about hiding them and can only take a few.  Fortunately, I am still not much of a drinker.  Two or three drinks and I'm good all night.

So I am either pre-gaming, or just drinking at home with the TV on.  Sometimes I intend to go out, have two or three drinks at home, and then I wake up at 4:00 a.m. with pillow marks on my face the the netflix asking me "are you still watching this program?"

Back to the unique thing about Brooklyn. Almost every corner has a bodega, or small mom and pop deli.  In my neighborhood, and the one by work, they are all run by men who are speaking arabic and are muslim.  That means that your breakfast sandwich usually has turkey bacon instead of pork bacon because they don't touch pork.  It probably helps that there is a huge Jewish population here that also doesn't eat pork.  I go to the bodega near my apartment at least a few times a week to grab an ice tea, a breakfast sandwich, or a pack of gum.  I've started greeting the owner or staff with "As-salamu alaykum" although the way I say it sounds more like Ah Salahm Ahlaykoom.  I remember Mrs. Burwell teaching us in Social Studies that it means may the peace be upon you.  Who can go wrong with a greeting like that.  The gents always greet me back and are trying to teach me some other phrases in arabic.  I haven't picked any up yet, but I feel like it is good to spread peace wherever you go.  I'm on the far left I'd say of Christianity.  I feel like we are all called to respond and treat each other with love no matter what our religion is. 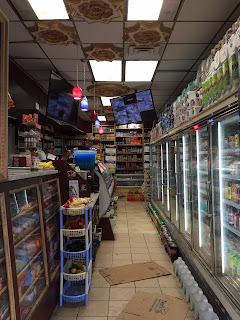 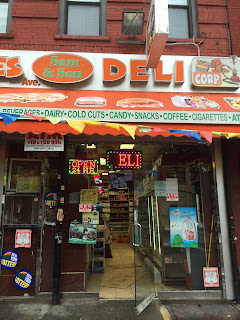 As I left the bodega tonight, I saw a penny of course.  That makes two for today.  It was on the other side of some scaffolding, but my long legs allowed me to straddle that to get it.

Cheers and As-salamu alaykum to each of you.