As I walked to work this morning, I noticed a penny on the street.  I had a walk signal, but they were right where cars would stop before where a crosswalk would be.  A car pulled over top of the pennies as I started to cross the street.  I walked back and stopped.  The car waved me on.  I shook my head and stood there waiting for the light to change and him to move.  As soon as he did, I checked for more cars, and crossed, picking up that penny.  Low and behold, there were actually two pennies there.

Later in the day, I opened our office door to let in some cooler air from the corridor (our AC has been broken for a few weeks and it gets stuffy).  As I opened the door, I noticed a dime on the threshold.  That along with another penny found walking made for a good start to my day.

This evening, I was meeting a friend in Hell's Kitchen for Drinks.  He is someone I met when I lived in the city before, and then kept running into him in various cities when we both happened to be traveling for some reason or another.

As I got to the subway, I noticed a penny just before the turnstiles.  I put it in my pocket and hopped on the C.  I started reading "Tales from the Alhambra" tonight on the train. I lived in Granada back in 1997 and have fond memories of the old Moorish castle.  As I got off the C train at 50th, I went to exit through one of those odd spinning bar exits.  As I spun through, I noticed a dime just on the edge of the moving bars.  I waited until everyone had gone through, and then picked it up.

I walked to Vynl to wait for my friend.  I used the bathroom which was an experience in itself.  First of all,  Michael Jackson is watching you use the bathroom. 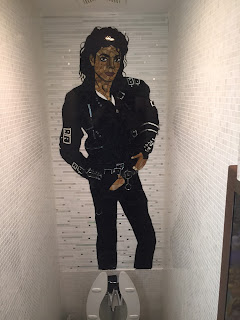 The sink is both a sink and a hand dryer in one.  It is sort of functional (it kept trying to dry even though my hands still had soap and I wanted to finish washing). 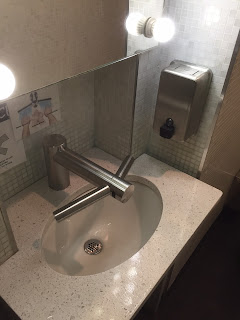 The decor is funky and cool. 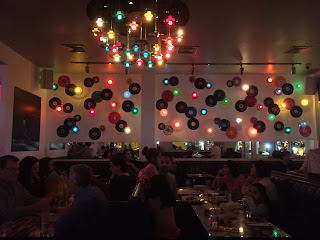 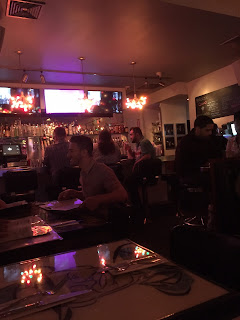 The food was just ok, but it was fun to hang out with my friend.  He walked me to the subway and I found a penny both getting on and getting off the subway today.  As I walked back to my apartment I asked myself why I was finding money so much.

1.) As a kid, I read every Sherlock Holmes story there was.  In fact, I wanted to be Sherlock Holmes like some kids today want to be Harry Potter characters.  I prided myself on trying to notice everything around me and to put it all together as fast as possible.

2.) Patience...today I was patient.  I knew I had time and if I stopped and waited for the car to pass, and the people to exit the subway, that I could safely go and pick up that money.

I feel like both things are important if you are making an investment too.  Gather all the information and put it together and be patient for that return.

As I walked back to my apartment, I noticed that they are filming something on the street near my apartment.  I snapped some quick pictures (the wardrobe people let me take a photo of them after I asked). 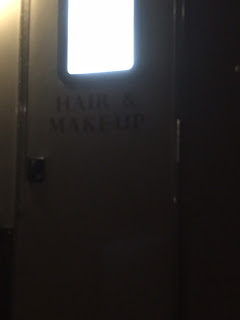 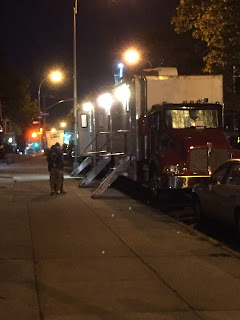 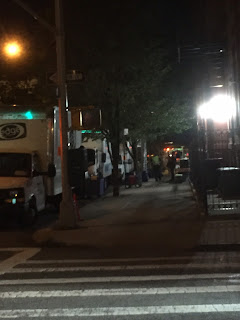 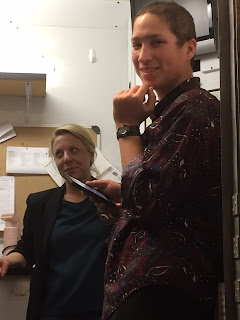 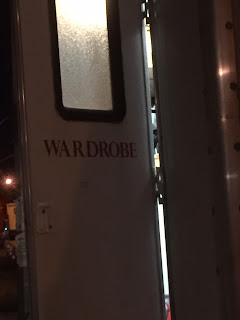 I am reminded of the simple movies I was involved with in Rochester when I lived there.  We tried to emulate these things on a much lower budget.  I was also involved with a movie called "Second Story Man," but my life changed and I moved before we did much with it.  I am singing on the sound track and helped setting up the company that did it.  That investment didn't pay off financially for me, but it was well worth the life experience to act in, produce, and assist with films.

May all your investments pay off...patience, Sherlock, patience.