Singletons (non twins) may have experiences similar to this, but I doubt you will truly understand what it is to be an uncle daddy.  If you are a regular reader, you may know that my best friend is my identical twin brother, John.  This coming weekend, he will be the best man at my wedding just like I was the best man at his wedding almost 9 years ago.  His daughter will be our flower girl.

When John's kids were little, they confused us frequently.  In fact one time JT wouldn't leave my side and cried whenever I tried to leave, saying "daddy, don't go!"  John walked in and out of the room and even left the house to go shopping.  JT was content as long as he was with "daddy."

Throughout the years, as the kids have grown, they can tell us apart.  They still mistakenly call me daddy sometimes.  John and I have been referring to me as uncle daddy for a few years now.  The kids will start to say daddy when they see me and then switch to the word uncle.

This is one of the greatest joys in the world.  John's kids treat me like I am more than just an uncle.  I have other nieces and nephews, but I don't know them as well.  Some of that has to do with their location, but most of it is because John is my best friend and we make sure to take time to see each other.  That time frequently includes kids.  John and his kids were the first family to meet my fiance David too.

John's kids are special to me in so many ways.  I love all of my nieces and nephews, but these two little ones are the only people in the world who could ever call me uncle daddy. 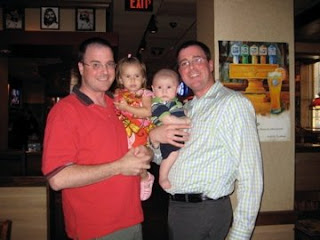 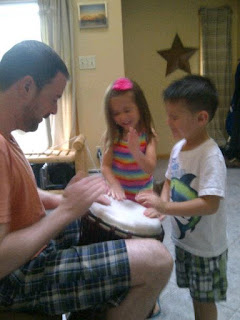 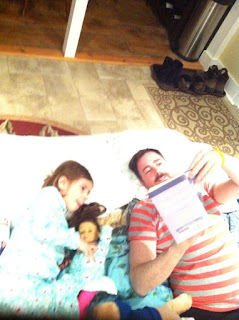 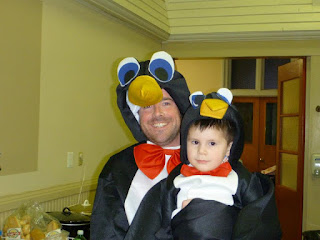 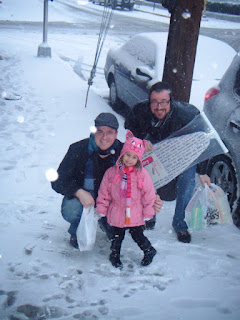 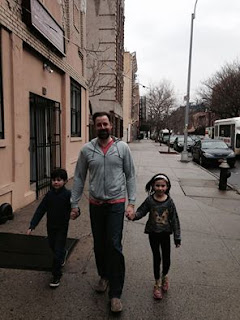 Why I feel like I'm part of the minority

I'm going to put this out there.  It's opening up my soul a bit and it is a bit raw.  I feel like it is worth sharing though.  I've had my own share of hurtful things done to me over the years.  I've been bullied, pushed around, called names, threatened, and lived in fear.

I am not discounting the unspeakable things that black men, latino men, asian men, and others who are not a white man go through.  I am seeing first hand what that is like as I am about to marry a black man who didn't grow up in this country.  It hurts me to see it happen to him.  I don't want people to respond in fear or discriminate or be racist.

I grew up being forced to hide who I was.  I learned to walk, talk, sit, stand, write, and act like a straight, white man.  I knew that I would be ridiculed or pushed around if my mannerisms, my speech, my clothes, or any part of me even came close to appearing stereotypically feminine or gay.

As a gay man, I learned to play that part.  Even today, I find myself living in fear.  When I walk get dressed in the morning, I want to look nice but not "overdo" it.  When I walk to my car, I walk the way I was taught to walk.  When I am seeing a new doctor, like last week, I hesitate mentioning my emergency contact is my boyfriend, soon to be husband.  When starting a new job, I change the pronoun to a neutral when when mentioning the person I love.  I use words like fiance, spouse, significant other, and try not to speak in gender in case someone might say or do something because they aren't fans of gay people.

I realized this week that I have a strong dislike and mistrust of straight white men unless and until they prove to me that they are "not like that."  I also fear the authority of police officers and people in the military because of their history of abusing and mistreating gay and lesbian people.

This isn't right.  I want this to change.  I want the world to be a place where I can always respond first in love and not in fear.  Because of this, I say that black lives matter.  I am not going through what you are going through, but I too have a fear and mistrust of the white man and of authority.
Posted by Eric at 12:54 PM No comments:

If the USA acted like Prospect Park, would it be better?

This has been a tough week for America.  It started with the news of one black man shot and killed by the police after selling CDs outside of a store in Baton Rouge.  The next day, another black man was shot and killed at what was supposedly a routine traffic stop.  Just a few days later, 5 police officers were killed trying to protect protesters from an angry black man shooting from a rooftop.  Some of the officers died trying to protect a young black mom and her children.

Black Lives Matter.  Until we say and admit that they do, there is no reason to say all lives matter.  I fully believe that black people, especially black men, are treated differently than just about anyone else in society.  I'm about to marry (18 days away) the most beautiful, peaceful, loving black man.  He brings me joy and happiness.  I've seen how he is treated differently than me in every store, on the street, and yes, even by the police.

I'm not a hater of the police.  I have family members who are on the police force.  I know that there are good police officers out there.  I know that they are doing the best that they can to protect us and our country.  There is still a problem when they are harder on black men than they are on everyone else.  This study in the NYTimes today says that black men are not more likely to get shot, but are treated worse than their white counterparts.

On Sunday, David and I went to church.  We needed it.  Both of us have been out of sorts.  I've been crying on and off all week as I think about how helpless I feel to make a difference. He was stopped by the police in the subway to have his bag searched and they surrounded him when they did it.  I've only had that happen to me once and the officers only pulled me aside and looked in my bag.  They didn't surround me to look in it.

Church was amazing.  It always is.  Our senior minister really knows how to give an engaging and intelligent sermon.  There was a lot of crying this past Sunday.  It's ok to cry in church.  If any place can give us a list of things we can do to help, it is this church.  David and I left both feeling energized to tackle racism in our own ways. 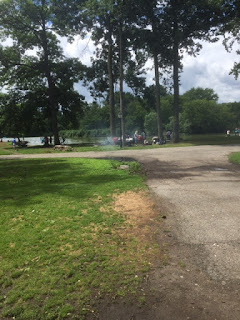 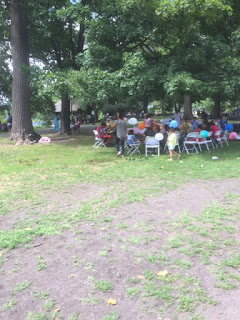 After church, I decided to go for a run.  I needed some thinking time and running is my meditation.  I walked over to Prospect Park which is right in our back yard.

The first thing I noticed was that there were hundreds of people barbecuing.  There was an African Church service with drumming.  There were Jewish families pedaling these four wheeled carts you can rent (I gave one family a push up a steep hill during my run).  There was an older black man teaching his little boy how to ride a bike.  There were two Muslim women kicking a soccer ball back and forth.  Every where you looked, people were enjoying the park. 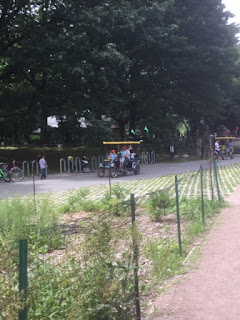 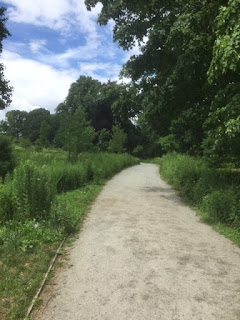 For a few moments here and there, I felt like I had a piece of the park to myself.  Then I'd run into three teenagers trying to catch something in a pokemon ball with the new game.  I kept thinking that there has to be a solution in here somewhere.  We people of all different races, religions, and ethnic backgrounds are managing to enjoy the park together in peace. 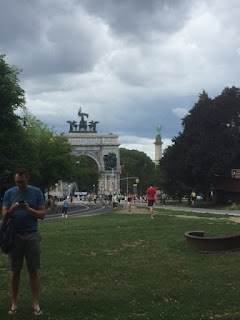 Some places had people mixed together.  Others had groups that seemed either all of the same race or all of the same religion.  No one argued with others.  There was space and sunshine, and green grass enough for everyone to enjoy. 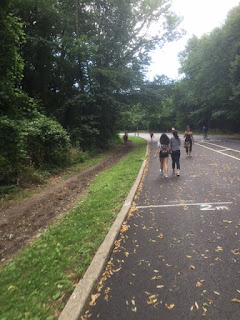 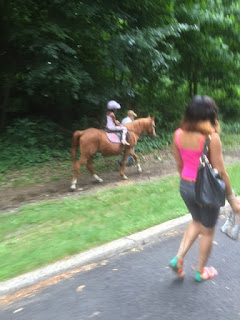 How do we as a society learn from this?  Even the police officers were smiling and enjoying the good spirits of the people in the park.

There has to be a way we can create laughter, peace, love and happiness instead of violence, hate, prejudice, and racism.  I'll keep running and keep trying to figure it out.  If you have ideas, please feel free to share. 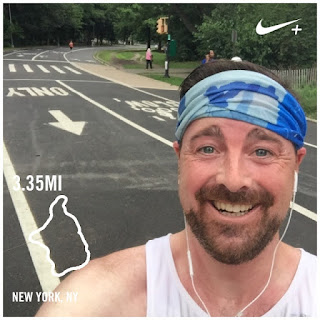