David and I are exhausted.  In typical Eric fashion I wanted to squeeze way to many things in that short week of our honeymoon.  Between the stress of the wedding, the added stress of David's public outing to his family, and the smart/dumb idea we had to get a new-to-us car while on our honeymoon, we had more stress and less sleep that we needed. We drove back to Brooklyn from the northern reaches of New York as early as we could on Sunday.  It was a beautiful drive until we approached NYC.  Then, our gps bounced back and forth between the Lincoln Tunnel and the GW Bridge over and over.  It decided the GW was the "fastest" in the end.  By the time we got on the bridge, we had been waiting for over an hour to move the 100 or so feet.

We arrived home to an empty apartment and a car full of boxes and suitcases.  David had an amazing amount of energy (it probably helps that he slept most of the car ride) and we got them all into the apartment.


Now I feel like I'm in the Box trolls movie.

Just tonight, I finally was able to sort through the biggest boxes.  We didn't ask for many big things for our wedding.  We knew that our little apartment here didn't have much space.  Still, we ended up with lots of wonderful things.  Now we need to figure out where to put them, and fast.  I have a bbq on Sunday and it is probably going to rain.  That mean's I'll need my apartment in order. 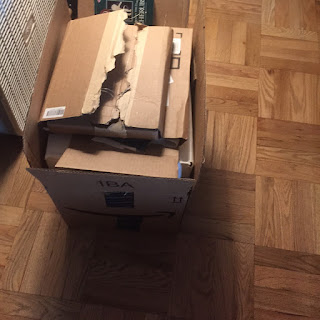 We didn't get a gas grill, but Amazon gives you a 10% discount on anything on your registry after the wedding.  I wanted/needed one for the weekend bbq. 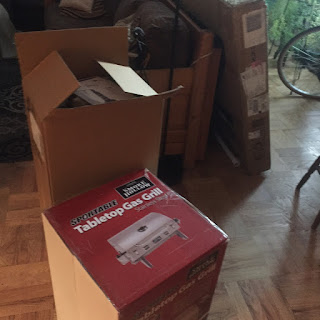 We got some awesome new dishes, but have to pack up the old ones to sell or donate. 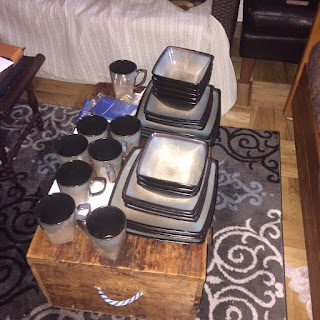 David and I finished all of the thank you notes last night.  It was a monumental yet rewarding task. Thank God he is so patient and loving when I can be cranky.  His love will sustain me through the hardest of times. 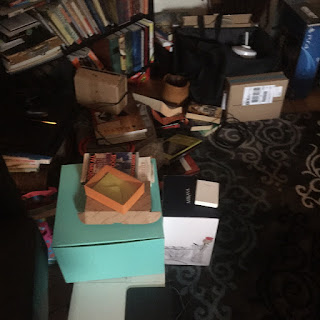 Now, we just need to figure out the Tetris puzzle that is our Brooklyn apartment. I'm sure that every married couple has to deal with the unpacking and figuring this all out.  I didn't realize how exhausting the whole thing was going to be.  David and I talked about a sunny beach honeymoon.  I said I wanted an active adventure honeymoon instead.  Maybe he was right.

Apparently it is time to start planning for that vacation too, as soon as I get rid of all of these boxes.