So which one of you is the husband and which one is the wife?

Last night, my husband David and I had the privilege to speak to a class on sex, ethnicity, race, and gender at the School of Public Health for the State University of New York at Downstate (SUNY Downstate).  We were invited by the professor of the class who is on the board of the organization where I work.

David and I were there to talk about our story and how we fell in love. The students were there to learn about gay relationships in a setting where they could ask questions without fear.  One of the questions we were asked, which we have been asked a lot by small kids, was: 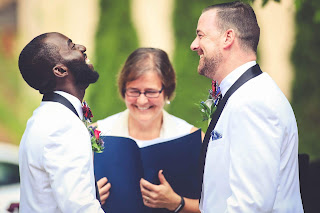 Now it's easy for a gay person to get offended by this question.  David later admitted that he was offended saying, "why would someone even ask that, don't they understand?"

As I looked at the class, I related that the same question had been asked by my four year old nephew who had been the ring bearer in our wedding. 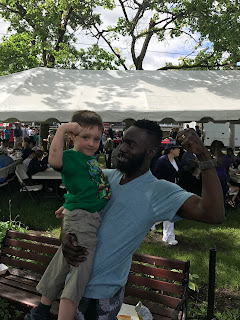 My older brother and his wife were so shocked that he asked it and then tried to apologize and cover it up.  I raised my hand to stop them as I hugged my nephew Christopher and explained:

"Uncle Eric and Uncle David are both husbands.  We don't have to have a wife or a mommy in our relationship to be happy."

As I relayed this story, I realized that there are probably many reasons why someone would ask this question (or think it but not dare ask it).  One of the biggest reasons is that we as gay people are fighting to not be assigned a gender and a role all of the time in our relationships. 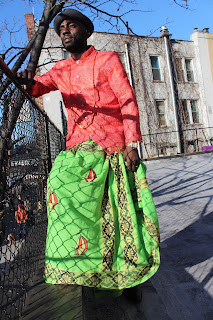 Society has said that a marriage must have a man and a woman, a husband and a wife, or one who is nurturing and one who is not.  In my own family, my dad works a job outside of the house and brings home the money while my mom does all of the cooking, cleaning, organizing, laundry, raised the kids, sewing, gardening, ironing, shopping, and other household chores.

In glbtq organizations, we frequently ask people which pronoun they wish to use and how they want to identify. 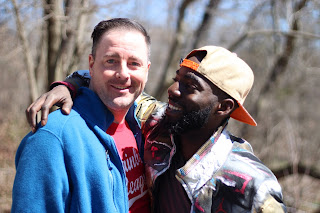 Unlike earlier times in my life, I was reminded that not everyone wants to fit on the traditional gender/role spectrum.

I chose to respond in a way to hopefully help this student understand: 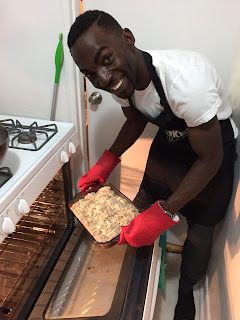 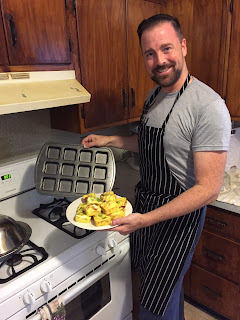 "David and I consider ourselves masculine, but we sometimes can be feminine too.  We both cook, we both clean, we both care for each other, do the laundry iron, and even both are sexually versatile. That's us, but you can't apply who we are to all gay relationships."

That was just one of the interesting questions that we were asked, but it was the one that affected us the most.  It was clear that people in the class came from all walks of life and had many different levels of experience with gay people.  We were honored to be able to expose them to our life and to try to provide them with experiences that will make these students better health care professionals when they graduate so that they can work alongside us to make our community safer and healthier for all individuals regardless of race, gender, ethnicity, or sexual orientation.