Never judge a book by it's cover

It's rainy, gross, and cold.  I have no groceries in my refrigerator and no desire to cook anything (although tempted to make a bowl of soup from the "emergency" boxes of gourmet soup I have on the shelf for when I'm sick as a dog).

I decided to run outside and get some food.  I went in a teeshirt and sweats with no umbrella.  I don't make it very far.  I decide to not try to make it all the way to Sue's place for chinese and to finally try the terrible looking place on the corner.

This is after I see the jewish guys driving around in their truck wishing everyone a happy sukkot with jewish music blaring form the speakers of their pickup truck.  This reminded me of Spain during the holidays or Costa Rica when there would be loud music wishing you happy holidays and encouraging you to come to some party or store.  It's even funnier given that I think 95% of the people on the street are from the islands. 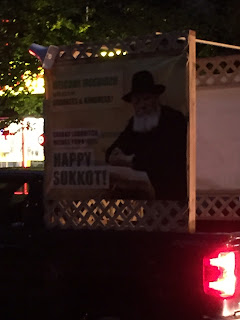 This restaurant on the corner is called Ho Wah.  I always thing it's either a bad Brooklyn accent saying whore or the Al Pacino Line (hoh aww) from Scent of a Woman.


The outside doesn't entice you to go in, that's for sure.  Rain, cold, gross, dark, hungry…f it.  I guess Ho Wah it is. 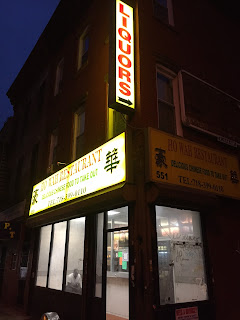 As I get inside, it's even worse than the dirty, ugly outside.  I order food anyway and pay.  There is a steady stream of people coming into the store.  One guy is wearing baggy pants with his boxers hanging out.  He looks drunk.  As the food comes out, he reaches through the counter and takes some hot chicken fingers out of the container and eats them tossing the hot food back and forth between his fingers before tossing it into his mouth.  He then licks his fingers as the lady at the counter gives him napkins and wraps up the rest of his order.  It almost looked as if she was feeding a homeless man. 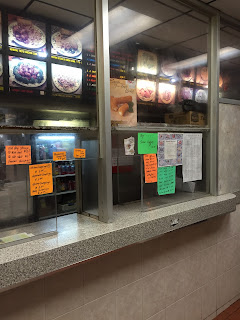 As that guy walked out, another guy walked in.  He was wearing a cashmere sweater with corduroy pants.  He was talking on his iPhone six, wearing expensive bucks. He had ridden in on a very expensive road bike.  He had a stack of lottery tickets in his hand.  He was very rude to the clerk as he ordered his food.  He paced back and forth in the store between leaning on the wall and scratching off his lottery tickets against the wall.

After him, a lady walked in dressed to the nines and greeted the owner, June, by name.  She politely picked up her order and asked to add two grape welches sodas to it.  They chatted for a bit and then she left. 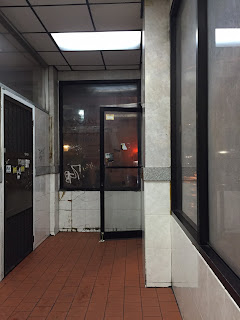 Then my order was ready.  I had some delicious spicy sesame chicken with white rice.  I waited to try it until I got home.  It was really worth the wait.  Funny how I had been going blocks away to get chinese food and this stuff was right next door.  I'll have to go again.

As gross as the place seemed, the food was good, the price was right, the location was close, and they had an A from the sanitation department.

Don't judge a book by it's cover…or a chinese food store by its nasty exterior.
Posted by Eric at 5:36 PM