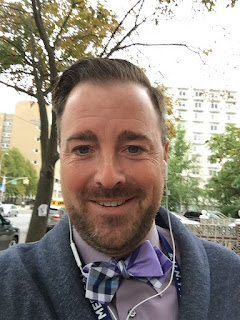 This barber shop is in the Prospect/Lefferts neighborhood.  It's a mostly west indian neighborhood.  All of the men who work there are from Trinidad.  I've never seen anyone in the shop other than me that is caucasian.  The barber does a great job, he is close to work, and the price is great.  I pay $15 plus tip for a hair cut and a beard shape/shave.

I find it very interesting to sit in the shop.  I usually have to wait at least for one person ahead of me to get done before I can sit in the chair.  Every few minutes, someone strolls in and bumps fists with all of the barbers.  Most of them are talking on their cell phones and taking calls while cutting your hair.  In between the calls, they chat with each other and the clients waiting.  They speak pidgin english, so I can rarely tell what they are saying.  I can usually pick out a few words.  Most of the conversation revolves around women.

Curious to me is that approximately one in every four guys comes into the shop high as a kite and smelling like weed.  Today, a guy came in baked and sat down.  He then got up and said he was hungry and would be back.  I laughed and said, "I know why he's hungry."  My barber and the others laughed and said, "we all know why he's hungry."  I can't talk from personal experience, but I'd think getting a hair cut while being high would be surreal and almost unbearable.  It's not something I'll ever try.

I usually go at my lunch time to get my hair cut.  Every few minutes, someone comes in with sandwiches or salads or chinese food and tries to deliver lunch to the barbers.  It's like the guys doing it are hawking food up and down the street.  I guess that's one way to make extra money.  You order a bunch of food from a restaurant to go and then try to sell it to people in their businesses on the street.  It almost feels like you are in a different country at my barber shop.

The guy who was high today came back after satisfying his need for munchies and then went over to the corner of the store where he dug through a large bin of what I have to guess are bootleg movies for sale.  I didn't ask.  Other than him, there was a guy with long dreads twisted into two horn like shapes.  He kept coming in and out of the shop.  I asked my barber how he would cut that hair, that I thought you didn't cut dreads.  He said the guy was just hanging out and affirmed that dreads can only be shaved off, not usually cut or trimmed.  Next to him was another guy who looked like he had his share of reefer before coming.  He helped the dreads guy (my barber called him Rasta man) by setting up minutes on his track phone.

As I was finishing, a guy came in and sat down and started talking.  He was speaking english that I could understand.  He was talking about how all americans judge him and assume because he is Jamaican that he only listens to reggae music.  He pointed to me and asked me if it was true.  I laughed at him and said it must be.  He said…see, americans.  I said I was Canadian, eh, and not to assume all white guys were american.  He laughed.  I'm not Canadian, but was born on the border.  I just hate it when people stereotype.  He was complaining about someone stereotyping him while turning around to stereotype me.

I left there with a good hair cut and a number of colorful people to think about and write about. 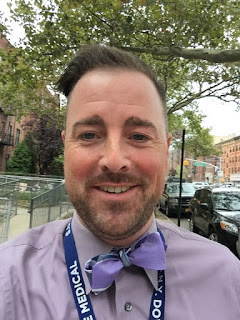