It takes about 9 months for the sadness, despair, loneliness, frustration, and confusion to settle into your soul.  That's been my experience at least, when I've had to move to a new city.  In the past five years, I've lived in six different cities.

A post on Facebook last night reminded me just how tough it is to move to a new place.  A young friend of mine is going through it all in Vegas at the 9 month mark.  For me, each time I moved to a new city, that nine month period was when I was super depressed.  Sleeping way too much, not wanting to leave my bed, having no appetite, crying a lot, feeling lethargic and useless and contemplating suicide.  It's no joke, this feeling.

The first move that many of us make out of our home is to go to College.  This one, although not easy, pales in comparison to other moves in life.  Here, though, for me was the key to succeeding at a move to a new place.  What happens when you go to college?  For me at Hartwick College, it all started with an orientation program. 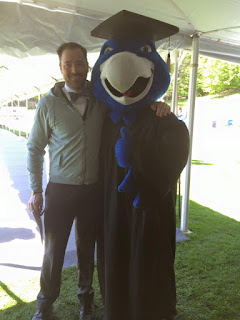 At Hartwick, you are automatically thrown into a social situation with hundreds of other people your age also new at the entire thing.  You are all going to go through a convocation and pick classes, and move into a massive living space with a large group of other people.  You are surrounded by clubs and organizations that want you to join them.  There is a place that serves meals filled with people like you who also are eating at the same time.  You have groups of people taking the same classes that you are and a social life is there for the taking if you are a social person.  This is a happy time and place for an extrovert like me.  It isn't easy for everyone, but was so much easier than the move after college for me.

Then comes your first move.  If you are like me, your first move is to a small town in the middle of no-where and you live in your first real apartment alone.  You no longer have a dining hall to eat your meals or easy clubs and groups to join.  Work is a bunch of people of all ages with all different interests.  You have to learn again how to do this, but WITHOUT THE STRUCTURE COLLEGE PROVIDES.  It's scary.  Some people move back home and go back to their high school friends.  Some people never left their home town.

That's not me.  I took a job in Kent, Connecticut.  I was only there a year, but found it tough for me socially.  I was lucky, too, though, that a sister of one of my fraternity brothers was also new at the school where I was working.  She became my sanity and my happiness, the little that I could find.

That first year, I also learned a few things that brought me some modicum of a social life.

1.) I joined a choir.  I love to sing and even though at 21, I was the only one of the 50 men that was under the age of 65 other than the conductor, at least it gave me something fun to do outside work.
2.) I frequented the local pub and learned (not very well) to play pool and darts.  This may have lead to me drinking more than I should have that first year and gaining weight, but was a lesson learned.

After a year in this small town, I took a job in Rochester, New York. 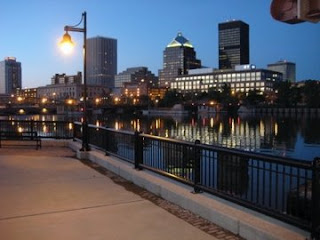 In Rochester, I feel like I finally found a city that I could call home.

So if you are moving somewhere new, whether it be your first move after college, your first move away from home at all, or your 4th move as a consultant or military family, please think about the following advice.

1.) Embrace and be one with that feeling
It is perfectly normal to be depressed and feel like life sucks, you miss your friends, you miss your family, you can't find a freakin doctor, you hate the haircut you just got, and you just want to crawl under your blankets and never come out again.  In order for this to not have long lasting damage on you emotionally and psychologically, I feel like it is essential for you to accept the feeling.

"I feel like shit.  I am not happy here right now. I miss the people from my old place.  I can't seem to make this work right now.  I am not feeling like this is a good fit for me."

Say it, embrace it, and be one with it.  THEN MAKE A PLAN TO FIX THE DANG PROBLEM!!

2.) Make a list of the things you love about your old home.
For me the list included singing with a choir or a cappella group, church, and theater.  Later in life I discovered that I also loved running and the gym.

3.) Find the closest thing to that in your new town and find out how to be a part of it.
In Kent, I joined the SPEBSQSA (barbershop choir) and the local Episcopal church choir.  In Rochester, my first move was to join the Rochester Gay Men's Chorus.  They were my first friends and I still support them.  A few years later, I found a church that I love called Lake Avenue Baptist Church, the now defunct gym called The Downtown Fitness Club, and the super awesome running community through Fleet Feet Rochester.  Each time I joined a group, I grew my social network and my professional network.  I was in Rochester for 12 years and still feel like a part of many of the groups in that community.  In fact, that's why I chose to get married there among other reasons. 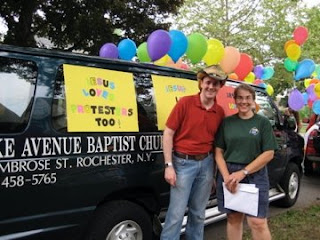 These moves led me to also join running clubs, gyms, churches, and choirs in NYC, Chicago, DC, Oneonta, and now in Brooklyn.  I'm not saying that these things will work for you, but find a group or club that you might like and check it out.  One great resource in most cities is meet-up groups.

5.) Find a restaurant or bar or coffee shop to be a regularIn Rochester, I was a regular at a local coffee shop.  I did the same thing in DC, Chicago, and Oneonta, but have yet to do it here in Brooklyn.  Being a regular means that you meet other regulars who also may be lonely.  I didn't make friends with many people, but it was nice to get out of my apartment and be in the same space as others.  I would bring a book, play on Facebook on my laptop, write post cards to family and friends, or go to the game nights and play games.

6.) Cook
Learn to cook or learn where to buy great take out.  Meet people for a take out party or invite them to your place.  Sharing food with new friends can be an amazing experience.  Breaking bread with someone really is a sign of hospitality that is rarely forgotten.  For me, learning to cook was full of disasters and hilarious mistakes.  I still make them on occasion, but now know to order pizza or make pbj sandwiches when I fail big time instead of crying over it.  Not everyone loves cooking, but most people love eating.

7.) Find a gym or a trainer
Trust me that being in good shape helps you with your state of mind.  When I could afford it, I hired a personal trainer.  I had one in Chicago and one in Oneonta and they are still two of my closest friends. When money was tighter, I found the cheapest gym I could and joined.  I tried to go at the same time every day or at least three days a week.  I met other people there like me (especially doing classes like kick boxing and zumba) that became my friends.

8.) Try Something new
You may hate it.  I hated running and the gym for years.  I don't drink coffee and thought coffee shops were a waste of money.  Now I love gyms, running, and coffee shops (tea and hot chocolate for me).  You might not like what you tried, but you may love it.

That's my extroverts guide to moving to a new city.  I found that if I did these things as soon as I moved in that the 9 month mark was no longer as tough.  I still cried and felt depressed at 9 months, but these things gave me hope each time that things were going to get better.