Memories of a metal feed cart

Yesterday as I was walking through the hospital basement to the mail room to pick up a package, I noticed one the large carts that they use to transport things.  I was reminded of a childhood memory.

Growing up on a farm, you start doing chores as soon as you can safely help out.  When you are little, that typically means feeding the animals and staying away from their back end where you might get kicked. 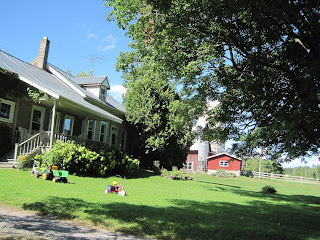 As my twin brother and I got old enough to help out with heavier things, my father trusted us with more and more chores.

One of the things we had to do to feed the cows was to wheel around a large metal box cart of feed.  This particular feed was called silage and came from our silo.  Silage is fermented hay or corn.  The silage cart that my father owned at the time was very heavy and metal.  I looked online for images, but couldn't find any.  Picture a metal box on wheels that is approximately 4 feet tall, 5 feet long, and 3 feet wide. 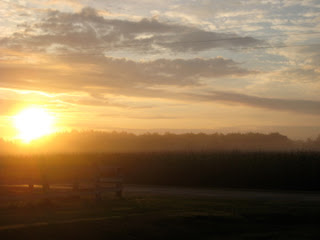 My dad would fill this cart full of silage/feed to feed the cows.  Our job was to wheel it around and give a large forkful (pitchfork) full of feed to each cow.  We, of course, had to give our favorite cows a little extra.  The feed cart was so heavy that it took both of us to push it.  We would rock it to get it moving and then move it ahead a few feet before we took out some feed.  It was heavy when it was empty, but especially so when it was full.

To understand why this made me laugh, you have to understand the construction of small scale barns in the mid 1900s.  Today's barns are large open sheds where each cow gets their own feed area, but where farmers can use a large front end loader to scoop out the manure.  My parent's farm only had 30 or so cows.

Each cow had its own assigned spot in the barn.  Each cow was a registered pure bred cow.  They had name tags above their spots.  Sometimes a cow would go in the wrong spot, and you would have to move it back to it's rightful spot.  My dad would put cows who were trouble on the ends so they would only have a cow on one side to fight with.  Once in a while, a cow had to be moved to a new spot and you had to spend a few weeks guiding it there when you brought them in from pasture until the cow learned it (some cows never learned and you were forever trying to move them to the new spot). 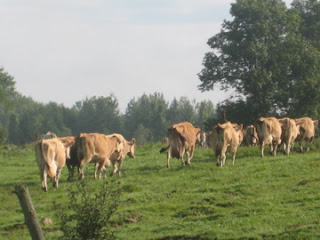 The cows were lined up on both sides of the barn with a large alley in the middle.  At the top of their heads was a vacuum pipeline.  We would hook milking machines up to the pipeline to suck the milk from the cows and into a large tank in the milkhouse, a clean separate room in the barn where milk was stored and chilled until it could be picked up by the milk truck tanker.  Just behind the cows butts, was a gutter with a metal chain in it that had sticks on it.  When you cleaned the cows twice every day you would scrape their manure into this gutter.  At the end of the day, you would turn on the machine that made the chain move around the track in the gutter and pulled all the manure around the track and up into a manure spreader (we of course rarely used the word manure, preferring the more vulgar term that seemed much more fitting for something that smelled so bad - shit).

Half way down the barn there were two side passage ways to help you cross the barn.  The gutter had a large metal plate over it on each side.  This was so you could wheel wheelbarrows of food or carts across.  Well, as kids, we didn't have enough strength to wheel these slowly, so we had to get a running start.  Many times, we would end up knocking the entire feed cart into the gutter of shit because we were unable to steer it or because the angle knocked the gutter cover into the gutter catching the wheels of this heavy cart in shit too. 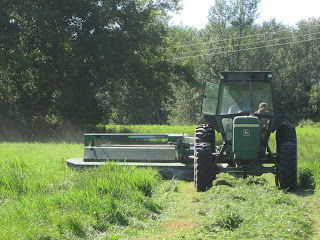 My father sometimes had a temper.  For some reason, I only remember him slightly mad at this and never super angry.  After all, we were doing our best to help feed the cows. It wasn't until much later in life that I could wheel that cart without help.  When we were kids, the cart was as tall as us.  We couldn't lift the cart out of the gutter or even lift the gutter cover (although some of it was that the gutter cover was covered in messy shit and we didn't want to touch it).  It was always a pain in the butt to get that cart across the gutters.

I'm grateful, though, that from an early age, my dad had us helping in the barn.  To this day, I don't like to sit still and always keep busy.  I'd like to think I work as hard as he does and did to make sure we had a good life, but I don't think that will ever be possible.  Dad worked and worked and worked to provide for us.  Most farmers did and do.  All I can do is try to live up to the example he sets. 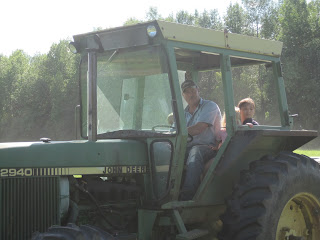