In a funk…cook it away

I've been in a funk for a few days.  I'm not sure if it is the weather change, stresses from work, if I'm getting sick, or some other reason.

Yesterday, my boyfriend and I went to the Bronx Zoo.  That helped a great deal.  It definitely put a smile on my face.  Getting out of Brooklyn and heading into the zoo made me feel better.  The zoo is on a large tract of land.  There is much open space with lots of trees, grass, and it feels more like nature and the country than it does the city. 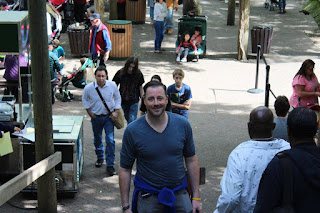 My boyfriend had a camel ride and we both laughed a lot.  The camel smiled and burped and really had a lot of personality. I could've stayed and photographed it all day.  I had taken my own camel ride a few weeks before. 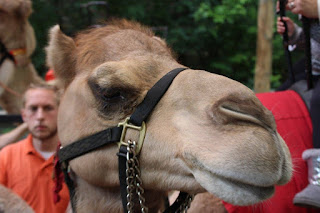 His favorite animal was the lions, seconded by the gorilla babies.  He took dozens of photos of the babies.  It was tough to get a good one of them because of the many people that were also trying to get photos and their attention. 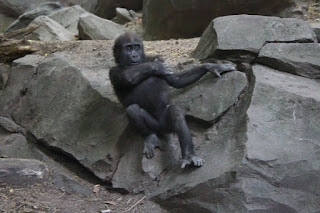 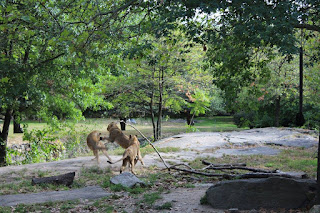 We caught the lions fighting like normal house cats.  They were wrestling and seemed to be enjoying themselves.  It was much better than when I had gone earlier in the summer when they had been sleeping the entire time.  Most of the animals we saw get more active as it gets later.  We saw these lions at about 3:00 in the afternoon.

I, myself, had my imagination captured by the grace of the giraffes.  There is something majestic about the way they walk with their necks slowly moving back and forth.  I found that it relaxed me and, to a point, felt hypnotized. 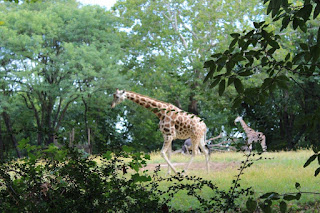 I'm not sure why I found this photo of the three bears funny.  It might be because of the Goldilocks tale, or just other stories or songs from my childhood about bears. 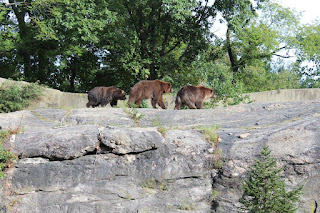 We finished our trip to the zoo with the birds.  My boyfriend has been learning how to use my camera which is a bit more advanced than a point and shoot.  Every time we go somewhere, his photos get better (as do mine). 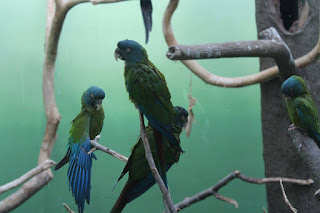 We went to a great bbq restaurant for dinner on our way home.

Something about being with, laughing with, holding hands with, exploring the world with someone you love does make "funks" go away.

I found 34 cents yesterday.  One awesome national park quarter for my nieces, a nickel, and a bunch of pennies (including a wheat penny).

I woke up this morning and was still in a funk.  I have been in the funk most of the day.  I made three trips to the neighborhood grocery store only to come home with random things and no idea what I was going to cook for dinner.

Harry Potter actually helped me get out of my funk today…or start to.  I put a copy of the second movie that I have on DVD into my DVD player.  As I started watching, I got a little hungry.  I decided to get my bum off the sofa and go get food.  I walked to the grocery store and picked up some chicken, sauce, spices, and chocolate chips.

I marinated the chicken while watching more of the movie.  As the movie finished, I grilled the chicken, made some pasta and sauce, and mixed them all together for meals for work this week and dinner this evening. 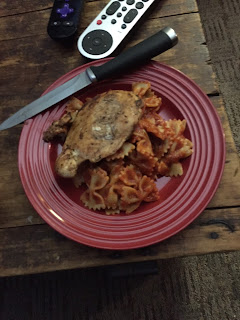 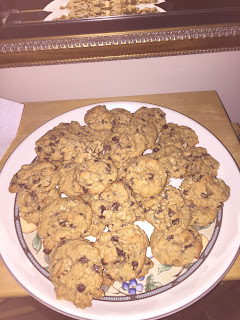 It made for a sink full of messy dishes, but it was easy enough to wash those on with the movie playing. 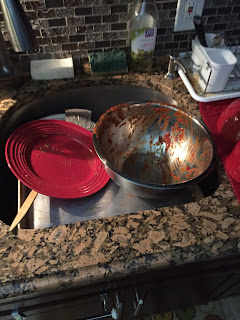 Between the baking cookie smells in my apartment, warm cookies in my stomach, and a movie that I've seen many times, but enjoy, funk almost obliterated.  Expeliarmus funk :)