Sometimes you need to go deeper to catch the fish 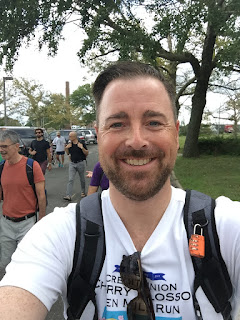 I woke up early today to go on a hike with a gay men's hiking group.  The weather didn't look good but  I brought ziplock bag for my camera and phone and decided to go anyway.  There were 19 of us who decided to hike today.  We were hiking along the bay side of the Rockaways to Breezy Point and then back up to Fort Tilden on the Atlantic side.  The flies were biting something fierce when we started hiking.  I just kept moving in the hopes that they couldn't keep up.  It worked for the most part.  One guy gave up and left after a half mile, but I pushed on. 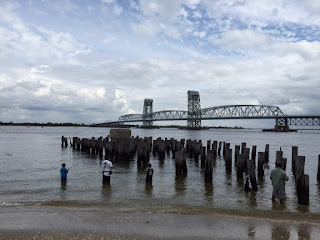 There seemed to be people fishing everywhere along both sides of the point.  Kids, adults, people of all shapes sizes and colors.  Most of them were using fishing poles and bait.

We stopped after about two miles and walked inland to the private gated community of Breezy Point to stop at a convenience store.  I picked up a sandwich and we then continued back to the beach.  On the road back to the beach, I found a penny.

As we continued on our hike, I spent a bit of time talking to each of the guys on the hike.  All of them seemed very nice and easy to talk to. 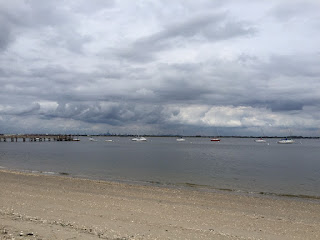 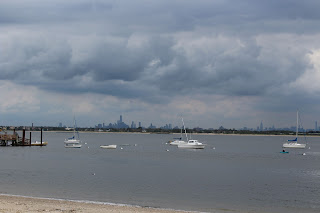 As we neared the point, the wind picked up (Breezy point is named that for a reason) and we were as south as you can get and still officially be in the New York City area. 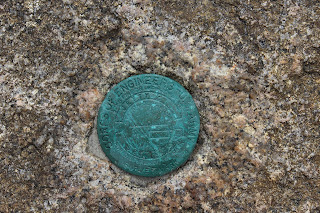 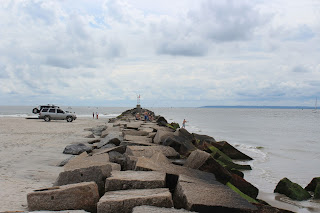 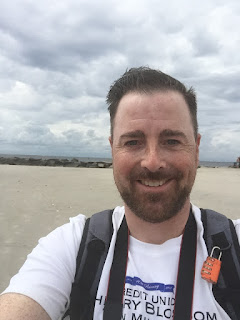 I noticed that there was a man throwing a weighted net into the ocean to try to catch fish.  I didn't see him catch anything.  Frankly, I don't think his net was going out far enough to be successful. 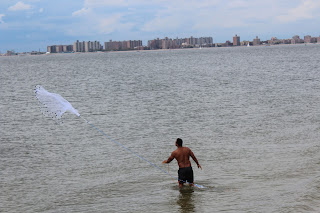 My lesson from that, and for today, is that you can't always get what you want by sticking with the easiest plan or staying close to home.  Sometimes you have to go deeper, throw further, and work harder.  Risk is not something everyone is comfortable with, but you must embrace at least a little if you are to find greater success.

That was the half way point of the hike.

We walked the five or so miles back and now I'm here resting my feet (11 miles walking on the beach). 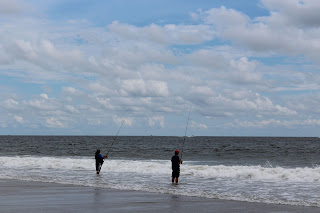 Fishing in the Atlantic 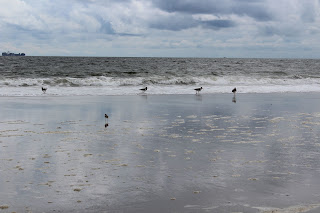 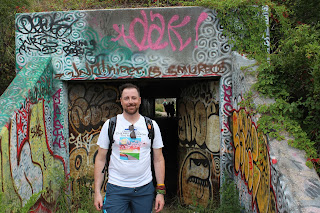